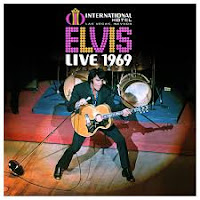 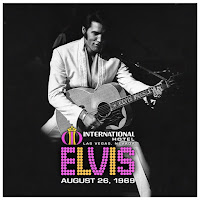 The 50th anniversary of Elvis Presley’s transformative Las Vegas residency at the International Hotel is commemorated with this deluxe 11-CD box set.

Marking his return to the stage for the first time in eight years, Elvis’ 1969 Vegas run featured 57 sold-out shows and the live debut of his signature #1 hit “Suspicious Minds.” The transcendent performances included The King of Rock and Roll backed by two vocal groups (The Imperials and The Sweet Inspirations), a full orchestra and a band later known as the TCB band.

"Live 1969" is the definitive collection of The King at the height of his power. For the first time ever, it features the release of 11 complete sets from Elvis’ August 1969 engagement at Las Vegas’ International Hotel.
Of these performances, four have been released in full for the first time ever – including two Elvis shows that have remained almost completely unheard for 50 years (August 22nd and 25th). The package also includes a 52-page booklet with rare photos, memorabilia and an oral history by Ken Sharp curated from historic interviews with Elvis, Colonel Tom Parker, Tom Jones, Jerry Schilling, James Burton, Cissy Houston, Terry Blackwood, George Klein, Fats Domino and more. 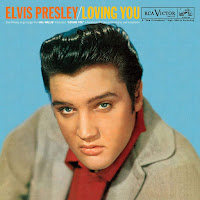 The Friday Music label re-issued a limited anniversary edition of the classic “Loving You” on translucent gold colored audiophile 180 GR. vinyl. It comes in a gatefold sleeve.

Synopsis:
A rock-and-sock story about the rock and roll kid!" That's one of the tag-lines for Elvis Presley's second movie, the sort of, not really, maybe just a little bit autobiographical 1957 musical drama, "Loving You". The film is by turns amusing, touching and exciting as it tells the story of the young "Local Talent" who suddenly becomes successful.

Side one of it's Gold-certified, chart topping soundtrack features Elvis singing seven of the wonderful new songs written especially for the movie. On side two he gives his own very special vocal treatment of five well-known popular ballads. Accompanying Elvis on all the numbers here is his usual trio of Scotty Moore on guitar, Bill Black on bass, and D.J. Fontana on drums plus accomplished pianist Dudley Brooks and the vocal quartet The Jordanaires.

Once again the crowds are descending on Memphis to help celebrate the life and legend that it Elvis. Elvis Week 2019 is August 9-17 - already announced by EPE are additional special guests, Ronnie Milsap will speak at the American Sound Studio Panel, BJ Thomas and "Suspicious Minds" songwriter Mark James will be there too.

Sony Music's Ernst Jorgensen and John Jackson will speak on the Elvis in Vegas panel and the Sweet Inspirations' Estelle Brown will be on hand to celebrate Elvis in Vegas at both the panel and concert, and Former Members of J.D. Sumner & the Stamps Quartet featuring Donnie Sumner, Ed Hill and Larry Strickland will perform at the Elvis Gospel Homecoming on August 17.

The weekly global Elvis Presley chart update. Just in time For Elvis Week 2019 stores seem to stock up Elvis compilations as several compilations return to the US Billboard charts. 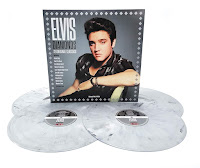